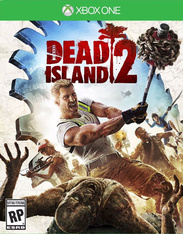 The zombie apocalypse has hit the iconic, sunny realms of California in Dead Island 2 today. Building on the strengths of the multi-million best-selling hit Dead Island, Dead Island 2 delivers a shared survival, open-world zombie experience set in a clash of natural beauty and bloody horror and violence: paradise meets hell once again! Developed in Unreal Engine 4, this sequel brings back its acclaimed, seamless multiplayer for up to eight players who cooperate, compete or simply coexist. Dedicated classes offer a variety of gameplay: from the action-oriented berserker to the stealthy hunter, every character offers a different style of play. An in-depth skill system allows the player to handcraft their own heroes and weapons.

Several months after the events on Banoi, the United States military has put the Golden State under full quarantine.Now a restricted zone, California has become a bloody paradise for those who refuse to leave their homes and an action-packed playground for renegades who seek adventure, glory and a fresh start.