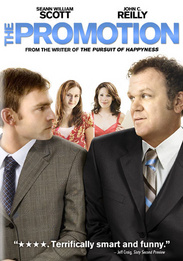 In a hilarious take on life in mid-management hell, two junior managers at a Chicago grocery store vie for a coveted promotion, while their wives and their co-workers can only stand back and watch how far the one-upmanship will go to get the job done.

Rated R for language including sexual references, and some drug use.