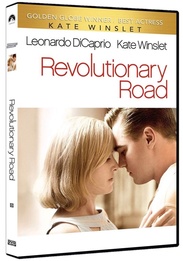 BACK ON DVD! Academy Award nominee Leonardo DiCaprio and Academy Award winner Kate Winslet reunite for two powerful, groundbreaking performances in Revolutionary Road. Based on the bestseller by Richard Yates, this mesmerizing and moving story follows the lives of a passionate young couple living in suburban Connecticut who decide to risk everything to pursue their dreams. They're willing to break away from the ordinary -- but can they do it without breaking apart? Acclaimed by critics, Revolutionary Road is hailed as " a masterpiece." (Mick LaSalle, San Francisco Chronicle).

Rated R for language and some sexual content/nudity.