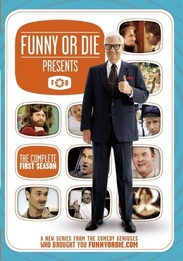 From executive producers Will Ferrell, Adam McKay, Andrew Steele, and Chris Henchy comes one of the most outrageous, hilarious, insane sketch comedy series to ever grace your television. Funny or Die Presents is a half-hour of off-the-wall comic genius from the sick and twisted minds of some of Americaâs biggest comedians, actors, and writers. From animated vignettes and music videos, to faux commercials and recurring sketches such as âPlayground Politicsâ and âDrunk History,â Funny or Die Presents crosses lines you never even knew existed â and laughs while doing it.