Yelling to the Sky 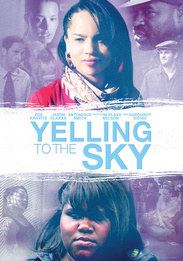 In this gripping urban drama, rising star Zoe Kravitz plays 17-year old Sweetness O'Hara, the daughter of an African American mother and a white father, who is struggling to find her place in a rough inner city neighborhood. Her father is either absent or abusive; her mixed race background makes her an outsider; and drugs and violence abound. Sweetness finds herself in a downward spiral of drug dealing, shoplifting and fights with a bully (played by Gabourey Sidibe, PRECIOUS) before a series of events leads her to rethink her life and to explore her options for a fresh start.