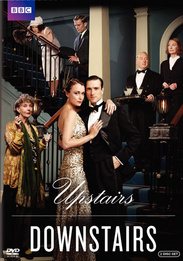 One of the most loved television series of all time is brought back to life with a fresh cast and sumptuous production values. It's 1936, and six years since parlormaid Rose left 165 Eaton Place, fate brings her back, as housekeeper to its new owners: Sir Hallam and his wife Lady Agnes, and Maud, Lady Holland, his mother. Rose soon finds she has her work cut out as she recruits a new 'downstairs' family to help run the elegance and finery of the 'upstairs' world. Both upstairs and downstairs, it soon becomes apparent there lies a labyrinth of secrets, lies and scandal. Set against the historical backdrop of a Britain with a new King, with sexual, social and political tensions, this new series provides an evolving take on the master-servant relationship.