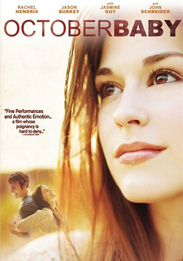 As the curtain rises, Hannah hesitantly steps onto the stage for her theatrical debut in college. Yet before her first lines, she collapses. Countless medical tests all point to one underlying factor: Hannahâs difficult birth. This revelation is nothing compared to discovering that she was actually adopted... after a failed abortion attempt. Bewildered, angered and confused, Hannah embarks on a journey with Jason, her oldest friend. In the midst of her incredible journey to discover her hidden past and find hope for her unknown future, Hannah sees that life can be so much more than what you have planned.