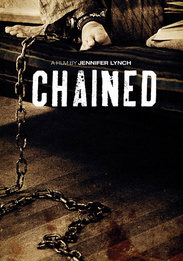 Coming home from a routine trip to the movies, eight-year-old Tim (Bird) and his mother, Sarah (Ormond) are picked up by a psychopathic cab driver named Bob (D'Onofrio). It ends up being their last ride together. Bob murders the young boy's mother and keeps Tim as his unwilling protÃ©gÃ©e, making him clean up the mess following each murder he commits. After a couple of aborted escape attempts, Bob chains Tim -- now renamed Rabbit -- allowing just enough length to move freely within the house. As the years pass, Bob starts instructing Rabbit, teaching him anatomy and human behavior. Now a teenager, Rabbit (Eamon Farren, X: Night of Vengeance) is slowly being pressed by Bob to start his own homicidal spree. Slowly but surely, he must soon choose whether to follow in Bob's serial killer footsteps or make one final, desperate attempt to break free.

Rated R for disturbing and sadistic violent content including bloody killings and rape, and for language and sexuality.