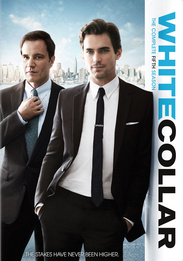 Catch up with televisionâs smartest, sexiest con-man-turned-crime-fighter before the final season! In White Collar âs sizzling Season 5, $1.8 million in gold coins is missing, an elusive precious diamond is about to be found, and Neal Caffrey (Matt Bomer) has a new handler â and a new love interest. But all is fair in love and crime, and the closer Neal gets to the mysterious Rebecca Lowe, the greater the danger for everyone in his life. Go behind the scenes of the electrifying show that also stars Tim DeKay, Tiffani Thiessen and Willie Garson with deleted scenes, commentary and other features only available on DVD!