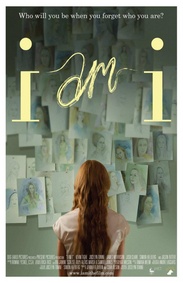 I AM I is the story of a young woman, Rachael, who meets her estranged father, Gene, at her mother's funeral. Eager to get to know her father, Rachael later tracks him down at an assisted living home only to realize that Gene suffers from memory loss and thinks he is still a young man. He has no recollection of having a daughter and instead is convinced that Rachael is actually her mother. After trying and failing to make him remember her, Rachael eventually decides to go along with her father's delusions by pretending to be her mother in order to get to know him. Before long, Rachael is visiting Gene every day, finding new ways to bring elements from his past into their present relationship. What began as a search for understanding has become romantic and joyful, but it can't go on forever. As Rachael pieces together the past and plays out memories for Gene, her need to be seen by her father for who she truly is grows strong.