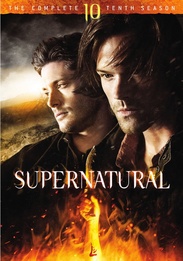 Dean Winchester lost his battle with power-mad angel scribe Metatron, only to be resurrected by the power of the First Blade and now transformed into a demon, cursed with the Mark of Cain. The road to recovering wayward Dean takes brother Sam down sinister paths himself, with consequences that will shake the boys to their core. The Winchesters' angelic comrade-in-arms Castiel must pick up the pieces in the aftermath of Metatron's campaign to overtake Heaven. With his grace failing and rogue angels still loose, Cass faces the ticking clock of his own mortality while all-new and ages-old threats again push our heroes to their human and otherworldly limits.