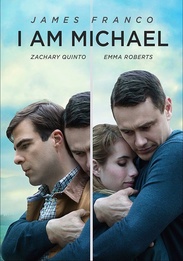 Michael experiences a traumatic health scare during which he thinks heâs going to die. Plagued by doubt, paranoia, and fear about the afterlife, he begins to question his beliefs and his identity. Once deemed healthy, he's convinced that God saved him, pushing him to explore religion, eventually coming to his own decision that homosexuality is not a God-given identity.

Michael renounces his gay lifestyle, rejects his friends, and endeavours to find his "true self." He explores Buddhism and Mormonism, yet ultimately lands at a Christian Bible school in rural Wyoming where he meets his girlfriend, Rebekah (Roberts), and becomes the pastor of his own church.

This powerful film captures one manâs fascinating, complex, and haunting journey through modern concepts of love, denial and redemption. More than just a story about "a gay man who goes straight," the film explores the power of belief and the desire to belong.