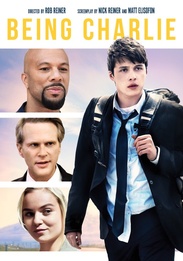 Charlie (Nick Robinson) is a smart, privileged eighteen-year-old with a mile-wide reckless streak. That personality cocktail lands him in a Utah rehab ranch from which he promptly escapes, assisted by his best friend, Adam (Toronto's Devon Bostick). Charlie's father (Princess Bride star Cary Elwes) is running for governor and can't afford to have a volatile son with a taste for expensive drugs threatening to derail his campaign. And so it's off to a new rehab, run by Travis (Common), who stands a better chance of gaining Charlie's trust. But Charlie also meets Eva (Morgan Saylor) at the rehab, and she's exactly the kind of trouble Charlie likes - as clever, verbal, and messed up as he is. They both know that relationships are forbidden among residents, but they're headed for love, no matter what the cost.

Rated R for drug use, sexuality/nudity, and language throughout.