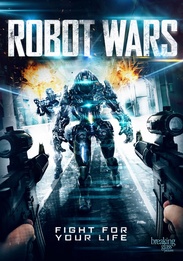 In the near future, powerful corporations at war with each other over advanced technology development rule over an industrial wasteland. Corporate espionage has reached new heights of infiltration and bloodshed. A convict is offered a second chance at freedom, but there is a catch: he must help a team of corporate thieves steal secretive prototype technology from a rival company. With a surgically-implanted camera and data links, he joins the team of thieves to complete the heist. However, the mission is quickly compromised. With no contact to their company, the team is forced to take their stolen prize out into the lawless industrial sprawl. Savage gangs and corporate death squads are hot on their trail, and even worse, the team must come to grips with the true nature of their mission... and the terrifying power of their stolen technology.