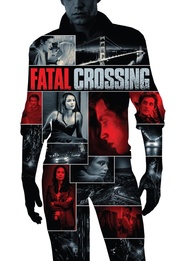 High-flying tech entrepreneur Carson drinks to cope with the weight of expectations for his new company and the burden of providing for his sick father. When he wakes up from a blackout with blood all over his car on the same morning a fatal hit-and-run is reported, his world spirals out of control. As he tries to piece together what happened, things become even more complicated as he falls in love with June, the girlfriend of the deceased who is hell-bent on proving he is responsible.