Lou Andreas-Salome: The Audacity To Be Free 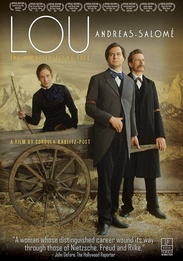 Lou Andreas-SalomÃ©, the woman who enraptured 19th century Europe's greatest minds, recounts her life to a young admirer. In her youth, she scandalized society by pursuing an education and living a life free from convention. She befriended philosophers Paul RÃ©e and Friedrich Nietzsche, denying them both an intimate relationship so as to remain their equal. As a published author and lecturer, she met the poet Rainer Maria Rilke who became one of her lovers, while she maintained a platonic marriage with another man. In her maturity, she gained another admirer in Sigmund Freud and, with him, helped to develop psychoanalysis becoming its first female practitioner.