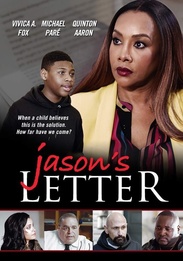 Twelve-year-old Troy James Jr. is the latest in a series of unarmed killings by the police. Troy's best friend Jason McKey realizes that the adults have done nothing to cease these occurrences he decides to take matters into his own hands. With the help of city manager Samantha Brooks (Vivica A. Fox, Independence Day: Resurgence), Jason writes a letter to petition the city council for reform, with a radical solution. Can Troy James Sr. (Quinton Aaron, The Blind Side) and his friend Hector (Robert La Sardo, CSI: Miami) help Jason convince the city officials (Michael Pare, The Infiltrator) to take action with at the community meeting to take action before another tragedy occurs?