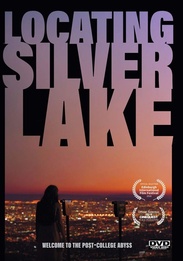 Arriving in Los Angeles, Daniel settles into a diverse area just 'adjacent' to the popular neighborhood of Silver Lake. There- he quickly becomes entrenched in two worlds pulling him in opposite directions. On one side, a single mother of two and a gang member serve as his closest neighbors. But in the hip epicenter of Silver Lake, Daniel is lulled by charismatic new friends with dangerous secrets left to uncover. Locating Silver Lake is the story of the family we are born into, the family we yearn to be a part of, and the family we deserve. With his pre-conceived notion of how the world should be, we follow Daniel as he discovers what the world truly is.