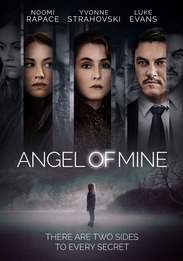 Noomi Rapace (THE GIRL WITH THE DRAGON TATTOO) stars as a woman on the edge in this intense psychological thriller. Having suffered a tragic loss years earlier, Lizzie (Rapace) is trying to rebuild her life when she suddenly becomes obsessed with a neighbor's daughter, believing the girl to be her own child. As Lizzie's shocking, threatening acts grow increasingly dangerous, they lead to an explosive confrontation with the girl's angry, defensive mother (Yvonne Strahovski, "The Handmaid's Tale").

Rated R for language, some sexuality and brief nudity.