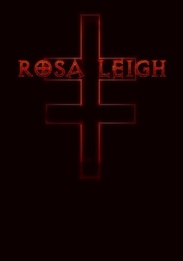 Sixty years ago an unimaginable tragedy struck the Ruth Lee Elementary School when a little girl named Rosa Leigh was killed along with her teacher and the school's janitor. Now, four paranormal investigators seek to debunk the claims which surround the abandoned school. However, they inadvertently release the darkness which dwells within the school. The story of ROSA LEIGH is based on actual events with the death of a young girl who fell from the school's top floor to the basement. The real, Poasttown Elementary School, is considered one of the most haunted places in the state of Ohio. It is also a popular place for paranormal investigators to visit and the school offers ghost tours. During the filming of the movie several of the cast and crew reported paranormal experiences; including moving shadows where there were no people, being touched on the back when no one was there, capturing voices on production audio, and doors opening and closing by themselves.