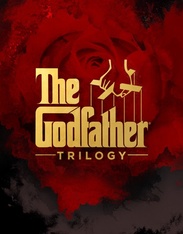 For the first time in one collection, this is the essential, definitive saga of the Corleone family, overseen by director Francis Ford Coppola and based on the bestselling novel by Mario Puzo. A global cultural touchstone captivating fans across generations, the enduring cinematic legacy of THE GODFATHER has immeasurably influenced popular culture, and rightfully earned its legacy as one of the greatest in the history of motion pictures. Remastered and Restored in 4K UHD with HDR-10 and DolbyVision, this collection includes Academy Award® winners° for Best Picture THE GODFATHER and THE GODFATHER PART II, alongside the acclaimed conclusion MARIO PUZOS THE GODFATHER CODA: THE DEATH OF MICHAEL CORLEONE. Bonus discs include both the Theatrical and 1991 Cuts of THE GODFATHER PART III, as well as a special features Blu-ray featuring all-new content.