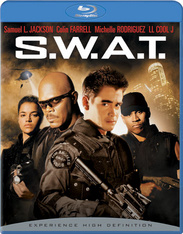 After weeks of rigorous physical training, the new team is quickly thrown into action when a notorious drug lord offers a $100 million reward to anyone who can free him from police custody.

While accompanying the drug lord out of Los Angeles into the hands of the Feds, the S.W.A.T. team is pursued by a ruthless and well-armed band of reward seekers.