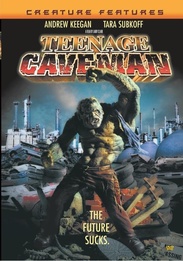 When mankind is reduced to a handful of scared cave dwellers, a rebellious group of teenagers are cast out of their tribe and search the land for a new paradise reminiscent of their lost civilization. During their travels, the teens encounter two immortal super-humans, Judith and Neil, who appear at first to be the answer to their prayers. However the couple's true motives soon become clear when they cleverly seduce each teenager in an attempt to pass on a super-human virus. When one of the youths resists, a series of ugly deaths are set into motion, culminating in a vicious battle to the death.