The League Of Extraordinary Gentlemen 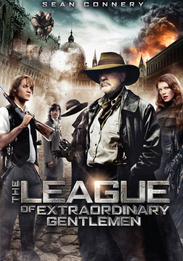 When a masked madman known as "The Fantom" threatens to launch global Armageddon, legendary adventurer Allan Quatermain leads a legion of superheroes, the likes of which mankind has never seen. Now, despite fighting over their own personal demons -- and each other -- they must join forces to save the world in this dazzling action-packed extravaganza.