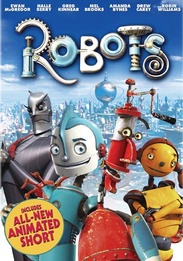 In a world populated entirely by robots, a young, idealist inventor sets off for Robot City to make his mark on the world. Once he arrives, he is confronted with a reality that is nothing like his dreams and aspirations.

Rated PG for some brief language and suggestive humor.