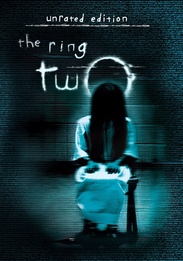 Six months after the frightening rampage by Samara and the cursed videotape that left so much death and terror in its wake, Rachel and her son start a new life in a small Oregon town. But when evidence at a local crime scene includes a mysterious unmarked videotape, Rachel realizes that the nightmarish cycle of violence still has not ended.

With her son's life at stake, Rachel must confront Samara one last time in a terrifying battle that will cross the border between the living and the dead.