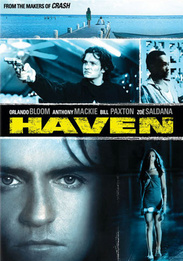 From the makers of Crash comes this electrifying thriller with an all-star cast. On the idyllic shores of the Cayman Islands, Shy (Bloom) and Andrea (Saldana) share a secret her parents can never know... they are in love. But a night of passion leads to their discovery and a devastating act of vengeance by Andrea's brother (Mackie).

Meanwhile, a shady American businessman (Paxton) has fled with his daughter to the Islands to avoid federal prosecution, only to be drawn into a dangerous web of deceit. As lives intersect and truths are revealed, a chain reaction of violence is set in motion that will determine whether love can survive the fall of paradise.