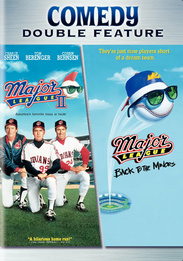 Minor league pitcher Gus Cantrell is about to be put out to pasture when he is given the opportunity to do the next best thing: manage the South Carolina Buzz. The ailing baseball team is full of terrible players, but owner Roger Dorn is banking on Cantrell to make a top-notch franchise out of them. While trying to work miracles on the wacky lineup, Cantrell butts heads with the uppity manager of the Minnesota Twins, resolving their conflict on the field.,The Indians are now a World Series contender. But last year's hunger is now replaced with complacency, and bad decisions by the new owner threaten to tear the team apart.