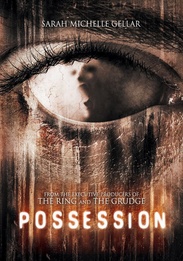 POSSESSION stars Sarah Michelle Gellar as Jess, a woman whose life turns surreal after an automobile accident leaves both her husband Ryan (Michael Landes) and her brother-in-law Roman (Lee Pace) in a coma. Things take an even darker turn when Roman wakes believing that he is Ryan. As Jess tries to deal with these increasingly disturbing events, she also struggles with the possibility that either the spirit of her husband has returned to her or that something very sinister is at work.

Rated PG-13 for for violence, disturbing images, some sexuality and language.