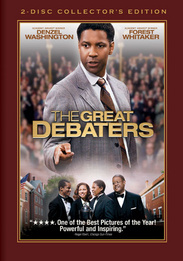 A controversial figure, challenging the social mores of the time, Professor Melvin Tolson (Washington) used unconventional and ferocious teaching methods to shape a debate team at Wiley College, a small African American university in Texas during the 1930s. Fighting against all odds and paving their way to success, the team reaches a pivotal moment when they are faced with one of their greatest challenges yetâ¦ going up against Harvard Universityâs critically acclaimed national championship debate team.

Rated PG-13 for depiction of strong thematic material including violence and disturbing images, and for language and brief sexuality.