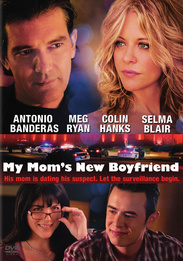 F.B.I. Field Agent Henry Durand (Hanks) has a problem. It seems his mother Marty (Ryan) has developed a dating life of her own in the three years he's been on assignment. Now, Henry finds himself fending off midnight serenades from lovelorn Italian chefs and watching helplessly as Mary hops on the back of a college dropout's motorcycle, all of which is enough to drive him into therapy.

But things get more serious when Marty begins dating Tommy (Banderas), the F.B.I.'s number one suspect in an international art theft ring. Now, Henry is forced to spy on his own mother to foil a sophisticated crime. For Henry, it's Mission Unthinkable.