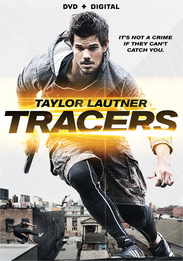 After he crashes his bike into a super-sexy stranger named Nikki (Avgeropoulos), Cam (Lautner) is introduced to her crew -- a team that uses parkour to pull off heists. Hoping to alleviate his deepening debt to a violent crime gang, Cam quickly joins the group. As the stakes get higher with more dangerous side ventures, the payouts get bigger. Cam must use every ounce of his skill to stay alive as the crew's heists grow more daring with each job, and gang enforcers breathe relentlessly down his neck.