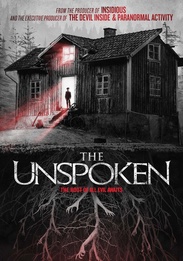 In 1997, the close-knit Anderson family vanished from their home without a trace. No bodies were ever found and the notorious Briar House remained undisturbed. Until now...

A teenager who accepts a babysitting job in a supposedly haunted house forges a bond with a very unusual young boy and learns the real secret behind the house.