See, I was right! 'Twilight' did make more money than 'The Dark Knight'

Back in July, I posited that the vampire romance Twilight could break the box office records of Titanic and The Dark Knight. The story generated a lot of discussion amongst our readers and ultimately I came to my sense and rescinded my claim.

Now that 2008 draws to an end, it seems my prediction came true. Twilight made more money than The Dark Knight -- from a certain viewpoint.

As of Sunday, Twilight had grossed $167.3 million at the box office. That's over four and a half times its reported budget of $37 million. The Dark Knight's return on investment was about three times its price tag ($530.8 million on $185 million budget).

Interestingly, these films didn't have the largest ROI of the year. That crown goes to the Kirk Cameron starrer Fireproof. The firefighter romance cost half a million but made a surprising $33.1 million. That's a factor of 66. 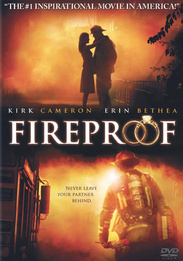 Not only did teen girls make a lot of money for Twilight, their younger sisters made even more for High School Musical 3: Senior Year and Hannah Montana: Best of Both Worlds. HSM3 raked in $89.7 million, over eight times its $11 million cost. The Miley Cyrus concert flick ($65.3 million) earned nine times the $7 million it cost to make.

E! Online says theater-goers' wallets were the biggest losers of 2008. The average price paid for a ticket was a record $7.20, according to the National Association of Theatre Owners.

As the nation enters a recession and consumer prove less like to reach into their pocketbooks, we want to know what your movie-watching plans are for the new year. Do you plan on going to see a movie in theaters less? If you do wait to see that blockbuster on DVD, do you plan on simply renting the movie rather than purchasing it? Let us know.