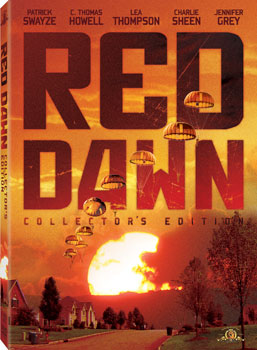 Connor Cruise, the adopted son of Tom Cruise and Nicole Kidman, has landed a supporting role in the upcoming remake of Red Dawn. The 14-year-old was previously in last year's Seven Pounds.

Of course, Red Dawn was the 1984 film where a bunch of Colorado high school kids defend their turf during an invasion of the U.S. by the Soviet Union and Cuban soldiers. The group was best known for their "Wolverines!" rally cry. The remake will change the opposition to troops from China and Russia. The setting is now Spokane, Washington.

Hemsworth and Peck will play the young leaders. Their roles were originally taken by Patrick Swayze and Charlie Sheen. Hutcherson takes over C. Thomas Howell's character. The young Cruise will play the son of the mayor (Darren Dalton in the '84 version). Hodge plays Danny, taking over for Brad Savage. Lucas and Palicki play the female leads Erica and Toni, the roles originated by Lea Thompson and Jennifer Grey. 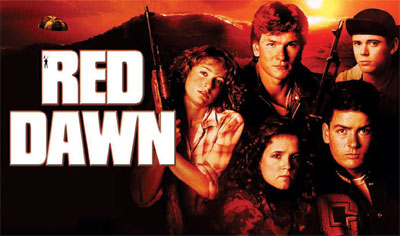 According to The Hollywood Reporter, the cast will be heading off to an undisclosed location for military training. They then head to Detroit next month for filming. The film is set for a Sept. 24, 2010 release.

A child of the '80s, I vividly remember watching the original Red Dawn for the first time. It was all so scarily plausible. I can't wait to see how the filmmakers adjust the storyline for this new age. You also have to wonder if the film will strain foreign relations between China and Russia.

One casting I'm still waiting for is the grizzled fighter pilot Col. Andy Tanner, played by Powers Boothe in the original. I wouldn't be too surprised to see Tom Cruise himself in the role. The elder Cruise is, after all, a principal in the new United Artists, the studio producing next year's Red Dawn with MGM. (Yes, nepotism exists in Hollywood too.)