Double Wide Trailers: 'Don't Be Afraid of the Dark' 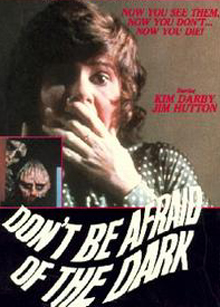 It seems that our first installment of Double Wide Trailers was so successful, that we couldn't wait to do another one. Thankfully, with the massive amount of remakes that Hollywood is shoving down our throats these days, it didn't take long for us to find our next victim, er example.

The film being remade is 1973's Don't Be Afraid Of The Dark, which isn't exactly one that you'd immediately gravitate towards when you think of worthy horror films in need of an update. In fact, it was a made-for-TV movie that never even played theatrically, but did find a certain amount of cult status on home video during the horror hey-days of the 1980s.

The creatures in the original film while certainly terrifying had an almost comical side to them which might make the viewer think of them as a precursor to the much more mainstream Gremlins. But, the ending of the movie should leave little doubt as to their real intentions. It's still one of those endings that stick with me to this day.

Not too much is really known about the remake, except that Guillermo Del Toro is producing and Katie Holmes takes over as Kim, the female lead. One important added detail is the inclusion of a child who seemingly is the one with the main interactions with the creatures this time around. 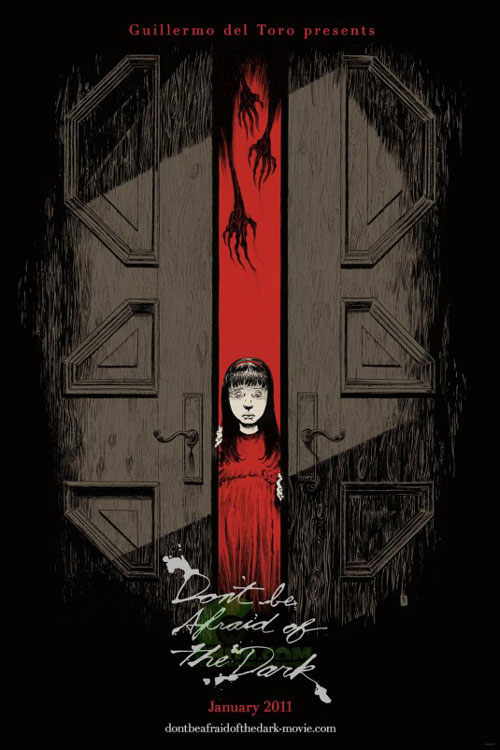 While it might be easy to see how the addition of the child might gravitate towards the humor aspects of the original (especially when the intended rating of the movie during shooting was a PG-13), I think it's safe to assume from the trailer below that they stuck to the horror intent of the original.

Since the original never had a theatrical release, the best we could come up with in terms of comparison was the video trailer. I think you'll agree that it's more than a suitable stand-in. The cool feature that I like about the new movie is the inclusion of the trademark chant, "We Want You," which is much more audible in this trailer.

As always, seek out the original Don't Be Afraid Of The Dark for a great rental and let us know what you think of the latest installment of Double Wide Trailers.