'Top Gun 2' fueling up on the tarmac 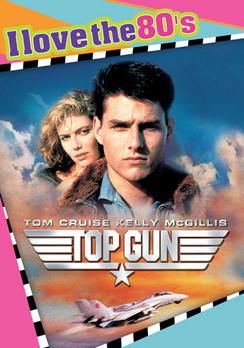 There, I said it. Now, no one should be able to claim otherwise. Anyone who reads this site regularly knows that the proliferation of unnecessary sequels and remakes in Hollywood is my number one pet peeve.

When I saw this exclusive report from Vulture, I nearly fell over in my chair. Top Gun, the one single movie that personifies the high flying machismo of 1980s film making, is getting a sequel. What could be worse?

Well thankfully, even Paramount is beyond resurrecting a beloved movie character for the cheap thrill of box office nostalgia. Right? I hope so.

While the details are slim, the article does indicate that Paramount has approached Tony Scott and Jerry Bruckheimer to reprise their roles as director and producer, respectively, for the sequel. And while the story is being kept under wraps, it did mention that Christopher McQuarrie is being tasked to write the script.

McQuarrie is best known for writing The Usual Suspects, but it might be his lesser known stint on Valkyrie that might get this project off the ground. The word on the street is that Maverick himself, Tom Cruise, would reprise his role as long as he wasn't the center of the new movie.

As the article points out, it will be hard to capture lightning in the bottle twice as the entire philosophy behind air combat has changed. Gone are the aerial dogfights that made Top Gun what it was and now the military is using more unmanned drones and planes designed to drop pinpoint target bombs.

Something tells me that this one is doomed to failure, but what do you think? We'll keep our ears and aviator sunglasses peeled for more information.