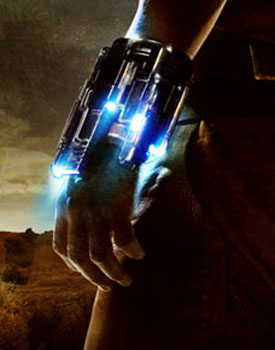 The Internet sure is an interesting beast and a quick study of the release today of teaser posters from two of next Summer's hottest properties provide more than simply a the first official looks at two tent-pole pictures. It is quite literally a lesson in viral marketing in the online social network world.

We all know that pioneers like Kevin Smith have a long history with the Internet and they aren't afraid to try new things to get a little pub for their latest projects. But, it seems that the big six studios are starting to catch up.

On Saturday, Cowboys & Aliens director Jon Favreau tweeted that the teaser poster would debut today (November 15). And today, he followed through on his promise by tweeting the link to the exclusive debut of the poster on Yahoo! Movies.

He also confirmed that the teaser trailer for Cowboys & Aliens will be shown with this week's release of Harry Potter and the Deathly Hallows: Part I as well as pop up on Yahoo! Movies on Wednesday. Obviously for Universal and Dreamworks, this represents a well thought out strategy to help position its movie ahead of the other Summer 2011 fare in the minds of movie goers.

You can see the poster below. 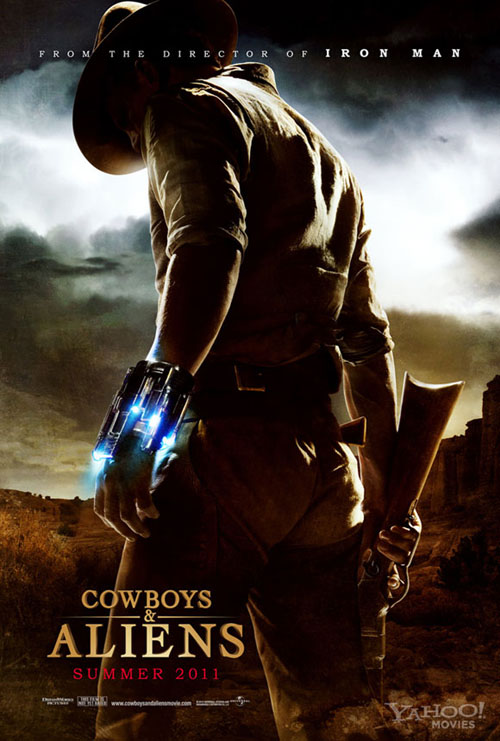 By contrast, Disney is a studio that has been a bit slow to fully embrace social media and all that it has to offer. Late Yesterday, they released a teaser poster for their big Summer hit Pirates of the Caribbean: On Stranger Tides, albeit their release strategy didn't seem to be as planned out as Cowboys & Aliens and may indeed have been simply an attempt to get their teaser poster out as a response to the release from Cowboys & Aliens.

Allegedly, the poster for Pirates of the Caribbean: On Stranger Tides was leaked late yesterday on MoviePoster.com a site that (go figure) specializes on selling movie posters. The site IMPAwards.com reported on the low resolution offering and then today, Disney sent over a higher resolution version to a different site StitchKingdom.com which is a catch-all Disney news site.

Confused yet? Join the club. The level of confusion with this release makes you think that perhaps it was legitimately an unintended leak that Disney quickly addressed and provided a higher-res version. Of course, the timing of the "leak" and the way it was handled speaks to something more.

Of course, I don't have any proof of this, but I would think that a huge Summer movie like Pirates of the Caribbean: On Stranger Tides that is part of a highly successful franchise would be treated with a bit more pomp and circumstance. I don't know, perhaps releasing the teaser poster as part of the launch of the movie's official site or something like that.

To me, it just seems that Disney knew that the poster for Cowboys & Aliens was coming and they didn't want to be left out on the excitement and staged this little leak. Again, I have no proof, but it just doesn't pass the eye test to borrow a term from Jay Bilas and March Madness.

Whatever the story, we have two new posters today and the poster for Pirates of the Caribbean: On Stranger Tides is below. 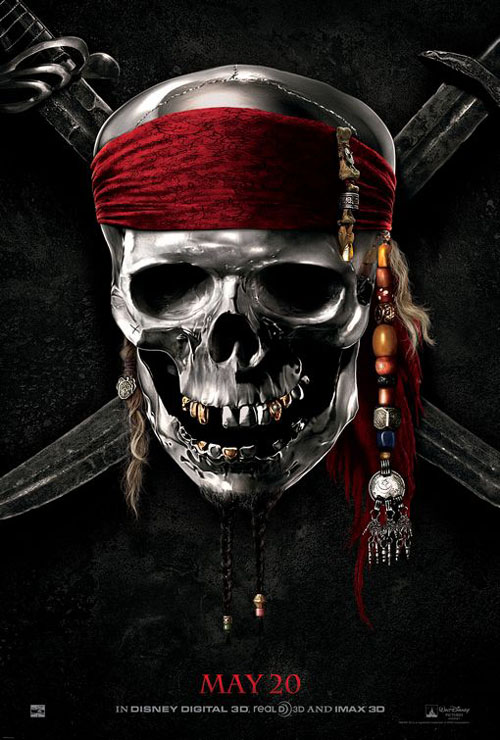 Both posters certainly live up to their name as teasers, but the poster for Pirates of the Caribbean: On Stranger Tides is the more intriguing of the two for me. The three previous teaser posters for the other movies in the franchise followed the same skull and "cross bones" motif, but this latest poster seemingly features a skull made from metal and not bone.

Given that we know that On Stranger Tides deals with the pursuit of the fountain of youth, it opens up many possibilities. Either that or Disney has decided to further extrapolate its Marvel acquisition and combine Wolverine with Captain Jack Sparrow and infuse Captain Jack's bones with adamantium.