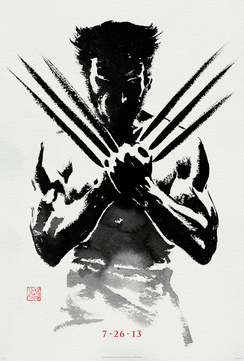 I've had a love/hate relationship with The Wolverine character. I absolutely loved him and his swagger in the X-Men films, but I hated him with a passion in X-Men Origins: Wolverine.

I don't blame Hugh Jackman, he's a fine actor, I just think that the troubled, damaged character plays better when he's a bit more damaged and not so fresh. While naturally the character has been around for a long time thanks to his regenerative abilities, it's only the last few decades after the military testing that has truly shaped him as one of comic's most ornery reluctant heroes.

So far, the trailers for The Wolverine have me hopeful and this latest offering is no different. Wolverine's claw are bared throughout and there are plenty of "Snikt"s in the trailer that would make even the most hard-core comic book fan's heart go all aflutter.

Suffice to say that I think The Wolverine is going to be big hit. It debuts in theaters on July 26.