Monday Morning Mixer: Held over with a 'Anchorman 2' tease 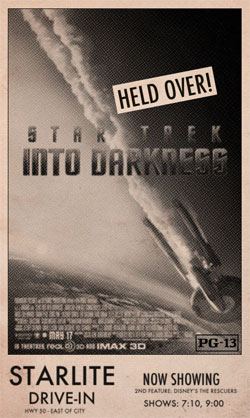 Back before the days of multiplex theaters, movie houses would schedule films for a one-week run. If a film performed well, it would be "held over" for another week of showings. That's exactly the case with this Monday Morning Mixer. You guys loved my performance so much last week that I've been held over for another installment.

Actually, no. Your regular MMM host John decided to extend his holiday for another day. That means we get to share this time together again. Let's make the most of it, shall we?

The concept of "held over" got me thinking of all those classic newspaper advertisements for movie theaters. Those ads still exist but not to the scale they once did. Now that we have Fandango, Moviefone and the internet in general, people don't have to rely upon newspapers for theater showtimes. 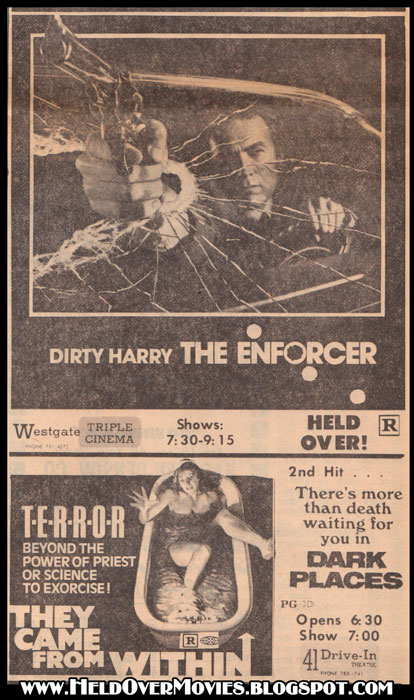 I found a great website that features some of those vintage ads so we can relive them in all their glory. The appropriately titled Held Over! blog offers some great nostalgia for movie fans that grew up in the '60s, '70s, and '80s. Proprietor Frederick also operates My Star Trek Scrapbook. That's a perfect segue to our next topic.

Star Trek Into Darkness bested Iron Man 3 in its opening weekend. STID (that was nearly an unfortunate initialism) raked in $70.6 million to IM3's $35.2 million over the three days. Including its opening day Thursday, Star Trek has grossed a respectable $84.1 million. The last J.J. Abrams-helmed Star Trek movie opened to $75.2 million. So much for the Star Wars bump and the $90 million opening I forecasted last week.

Three potentially big films open this week: The Hangover Part III, Fast & Furious 6, and the animated Epic. Studios are packing them in prior to the typically busy Memorial Day Weekend. Wedging in these three with returning STID and IM3 means one of two of them is set to take a quick nose dive. My guess is Epic will be the one to crash. The family film is good counter-programming to the PG-13 and R-rated class but Epic hasn't received that much buzz and isn't as familiar. My prediction for the holiday weekend winner is Fast & Furious 6 with $60 million opening.

Over the weekend we got our second tease of the much-anticipated Ron Burgundy sequel, Anchorman 2: The Legend Continues. Judging by these trailers, I think we'll be seeing more of Steve Carell's character Brick Tamland in this film. I can't wait until we get an actual trailer so we see more of the story. I guess I'll just bide my time by staying classy. Anchorman 2: The Legend Continues opens on Dec. 20. Incidentally, there are only 218 days until Christmas.

Programming note: Since May 27 is Memorial Day there will be no Monday Morning Mixer next week. Yeah, I know... sad face. John will surely be back thereafter to kickstart your first Monday in June. My two week MMM stint has been fun.

I think that'll do it for this week. As always, we welcome your comments. Until the next, next week -- mix well! And have a happy Memorial Day weekend!