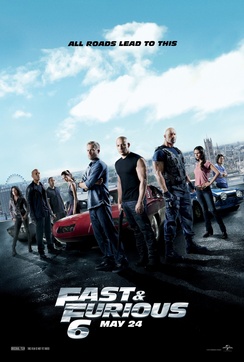 This weekend provided yet another glowing example that I just don't get it. Sometimes, I'm clueless, not hip, the anti-cool. And yet, it doesn't bother me one bit.

While the rest of the world in my demographic flocked to the megaplexes this weekend to see Fast & Furious 6, I cleaned out a room and played with my daughter. This isn't one of those preachy pieces where I try and prove that I'm better than you.

Far from it, I think the eight bags of clothes that I packed up to take to Goodwill proves that I've got plenty of issues to work on. No, the only reason I bring it up is to show how out of touch I can be on something that is such a massive global phenomenon.

Fast & Furious 6 dominated the holiday weekend at theaters both here and overseas. Through Memorial Day, it's taken in $120 million domestically and over $317 million from foreign markets. If you take out the holiday business, Fast & Furious 6 was still tracking up from Fast Five. 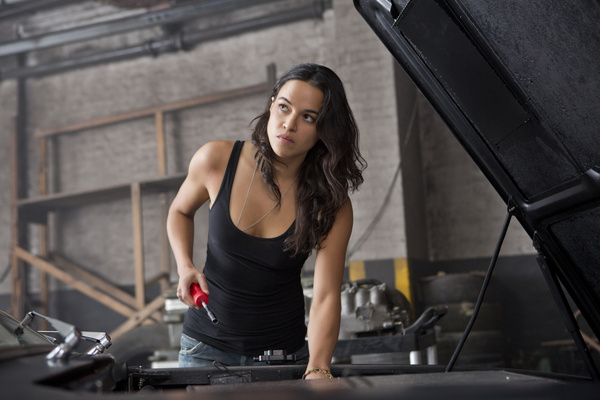 And yes, granted, that Fast & Furious business is very front-loaded, but it's still a franchise that is thriving despite being left for dead after the third installment Tokyo Drift barely made over $60 million at the box office. Of course, the fourth film rebounded and it has been higher and higher ever since.

I did watch the original film. Well, at least I think I did. I do seem to recall elements of the film a dozen years later, but to be honest it could simply just be an amalgam of various forgettable Vin Diesel movies. Why does he always have a fast car in all of his films anyhow?

So, flash-forward a decade and Fast & Furious is arguably the strongest franchise out there and I have absolutely no desire to watch a single frame of it. Does this make me a bad film buff? Does this indicate that I'm no longer in touch with the audience that watches the films that I do love? 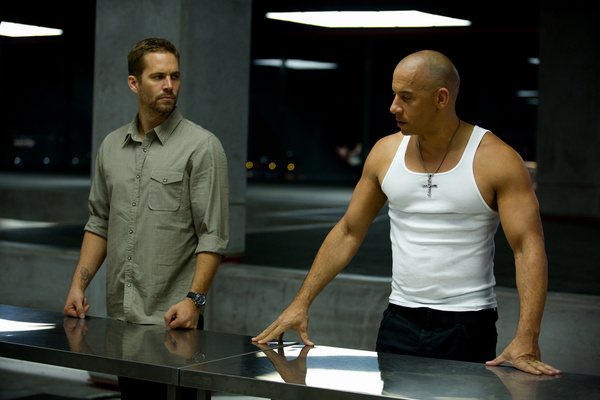 I hope not, or else I've used up all of my usefulness and they'll be shopping for my replacement soon. No, I think it just highlights that unique trait that sets us apart from other animals and that's our passion for individuality. We are not created equal and as such we each have different tastes.

Of course, it could also simply be a case of being ignorant of something awesome. Case in point, my wife loves the TV series Arrested Development, but I had never seen an episode before we met. In this case though, it wasn't my loathing of Vin Diesel that kept me away. No, I think it was simply a case of the fact that I was going through a divorce and relocation when it first aired and I just never watched it.

After one episode, I was hooked and I completely understood the cultural phenomenon that it is. I also realized that this was the reason that Will Arnett, Michael Cera and Tony Hale were relevant and popping up in just about everything else I've been watching in the last decade. 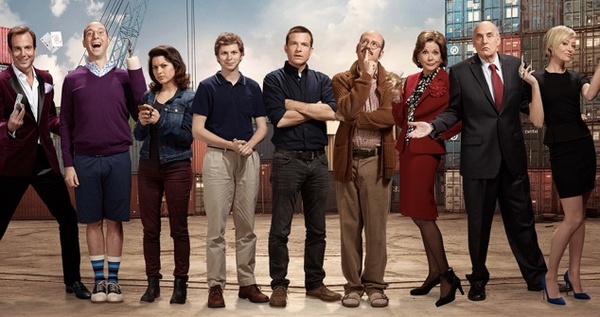 So, this weekend also included a couple marathon watching sessions of Arrested Development so I could complete the first three seasons ahead of Sunday's debut of brand new episodes. What followed was the social media thud heard around the world. Everyone was ready to tweet and talk about these new episodes, but a funny thing happened - or should I say an unfunny thing happened.

The new episodes were good and they were funny - heck they are probably better than half of what is on network TV today - but, there's just something missing. Perhaps it was the crazy shooting schedule that meant that the ensemble cast would only be together as a group for a short period of time or maybe it was the change in style (mostly necessitated by not having the entire cast available for the entire shoot), but I have to tell you that we're a third of a way through the season and the wife and I both find something lacking.

The writers are the same. The cast is the same. Heck, even Ron Howard is back as the narrator and yet, it's not the same. So why is it that some franchises can stand the test of time, while others struggle to build their brand?

Another good example of this is this weekend's box office performance from The Hangover Part III. It opened on the Memorial Day weekend like its predecessor, but it's only doing about half of the business of that film; which itself didn't perform as strongly as the original film. Apparently, we can grow tired of booze and drug-fueled adult comedy, but can't get enough of fast cars.

I've also never seen a single Nicholas Sparks movie, but I think that's a positive. Likewise, I've never heard a single Justin Bieber and I'm pretty sure that I'm not missing out on anything special.

So, what is it? What makes Fast & Furious so amazing? And should I be shamed and publicly ridiculed for not getting it? If so, your forum is below, let me have it. What pop culture phenomenons do you not get?