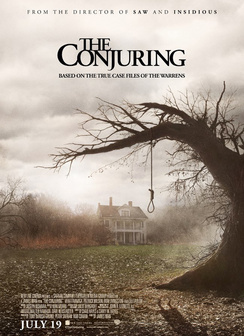 This was an interesting weekend to be sure. As you will see, it was a busy weekend at the box office, but the real news was the annual mecca to San Diego made my thousands of the world's finest geeks.

I say this affectionately because these are my people and I dream of one day making the pilgrimage myself. Until then though, we'll continue to live vicariously through the countless reports that flooded out of sunny San Diego.

There were a lot of new films at the box office this weekend, so there were bound to be some winners and losers when the dollars were added up. So, what are we waiting for? Grab your cup of Joe and let's go.

The top spot this week went to horror film The Conjuring, which became the second film in the genre in as many months (The Purge) to top the summer box office. Notoriously, horror films are relegated to the Fall ahead of national horror holiday Halloween, but the times are a-changin'. The low budget The Conjuring earned the most money this weekend with $41.5 million.

The total represents the highest opening ever for an R-rated original horror film. That's just mind-blowing to think about and pretty much assures that we will see more mainstream horror films opening during the summer. It will be interesting to see if The Conjuring can maintain its momentum. With little competition in the genre, The Conjuring should be able to hold on and break $100 million.

Of course, The Purge had a swift drop-off and was barely able to double its opening weekend gross during the rest of its run.

Last week's top movie Despicable Me 2 had a very respectable third weekend with $25 million to bring its total run up to $276 million. The sequel also surpassed the first film's total this weekend and still looks on target to break $350 million.

Opening in third place this week was animated film Turbo with $21.5 million. While $21 million is nothing sniff at, it does represent the worst opening in the history of Dreamworks Animation and given that it landed below Despicable Me 2, it means a swift drop into film obscurity. You know, the place where films such as The Road to El Dorado, The Wild and Flushed Away go to die. Surprisingly (or not) two of those three films were also Dreamworks Animation films.

Red 2 opened in fifth place with $18.5 million off slightly from its original predecessor. The story of aging, retired CIA agents who are still very much on the hit list of their enemies seems to have run its course as sequels usually debut higher than their original counterparts. Red 2 will struggle to get to $50 million.

But the biggest bomb was saved for last. Just when Universal thought it had gotten through Summer 2013 without a major bomb, R.I.P.D. opened, if you can call it that. With only $12.8 million at the turnstiles, R.I.P.D. looks to be one of the biggest bombs of the summer, what with its rumored budget in excess of $175 million.

This saddens me because I really enjoy the Men in Black series of films and this seemed like another film in the same vein. I wouldn't cry too hard for Universal though, with Despicable Me 2 and Fast & Furious 6, they've already had a really good summer so far and are neck and neck with Disney in the studio market share for 2013 with just over a billion dollars domestically.

So yeah, there was this thing this weekend that pretty much dominated all of news out of Hollywood this weekend. You may have heard of it, a little thing called Comic-Con. We'll have more on the show in our wrap-up story later, but we'll share the biggest news now. Man of Steel II is now called Man of Steel II: Superman vs. Batman and you know features a team up a huge proportions. You can read more here.

Speaking of Man of Steel, you can read my Project 52 review of the film (shameless plug) and realize that while I enjoyed it quite a bit, the more time that passes, I'm left being bothered more by the plot holes. Well, apparently I'm not the only one. New to me website How It Should Have Ended created a little video in which they propose how they would have ended Man of Steel. It's also perhaps a nice sneak peek at what is to come in the sequel.

And finally today, this one is near and dear to my heart, sort of. You are all probably well aware of the upcoming film The Butler, but you're probably less aware that you aren't allowed to call it that anymore. The MPAA has ruled that the film can't use that title and must now be called Lee Daniels' The Butler. You can read the link above, but the major thing I got out of it is that studios can sue each other over film names? Since when? And why is the company the entity that can't even properly rate a title being given so much power?

Personally, I think they are both wrong. Here's the real vision of The Butler as I see it, being a proud alum and all. 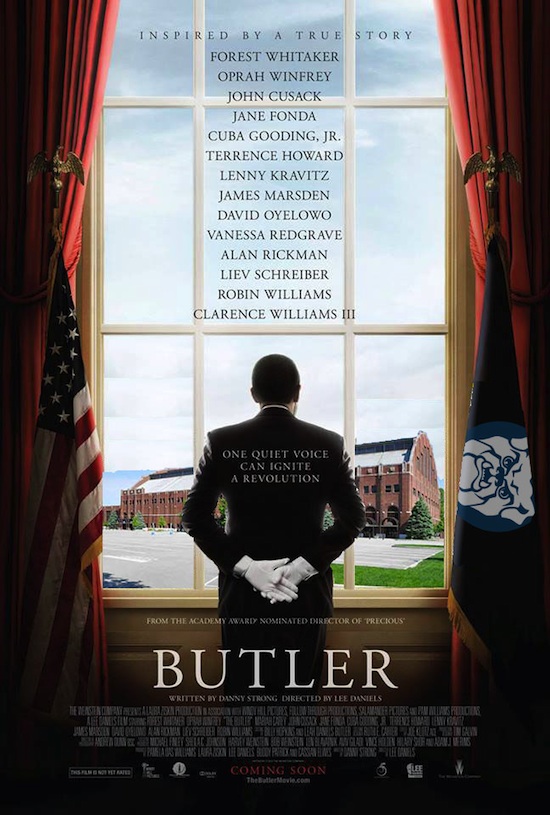 Have a great week and mix well!