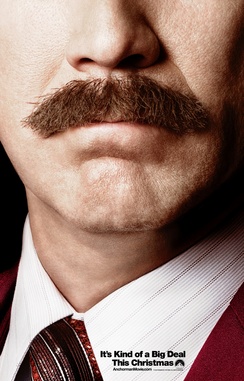 If you watched any TV at all this past weekend then you probably noticed Ron Burgandy (aka Anchorman) trying to sell you a Dodge Durango. No, hard times haven't befallen upon Will Ferrell to the point where he has to pimp out his characters for commercials.

Anchorman 2 is hitting theaters on December 20 and it seems that Dodge and Paramount have crafted a bit of co-branded advertisements. Will Ferrell is such a good actor that he could probably sell ice to Eskimos, so hawking over-torqued trucks to testosterone-driven alpha males while they watch sports shouldn't be too difficult.

As you can see below, the results are hilarious in ways that only Ron Burgandy could attain. From the STANDARD (that's right STANDARD) glove box to ridding the stage of "dirty dancers" Ron Burgandy has your back and we can't help but laugh along.

I've added all of the commercials in the campaign that Dodge has released thus far.