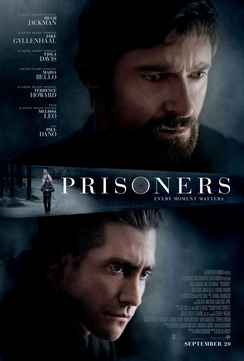 This past weekend, the wife and I had planned to spend some quality time outside, perhaps in a corn maze or a nice hike. But of course, Mother Nature intervened and the rainy weather forced us to our default plan B, seeing a movie.

Neither one of us were in the mood for something as weighty as Gravity, but after that film, the pickings were quite slim. And as we don't get a chance to go to the theater as often as we'd like, we have to make each trip count.

Enter Prisoners, which looked good in the trailer and has a great cast, but struck me as a film that gives everything away in said trailer. My wife was undeterred and I'm glad that we chose Prisoners and that it rained.

I will post the trailer at the bottom of the story so you can judge for yourself as to whether it gives away the entire story, but after seeing it, I think the trailer is the best that could be made to do the film justice. Most of the footage in the trailer is literally taken from the first 15 minutes of the film, so if you think you've already seen this film, let me tell you that you're wrong.

Before I go any further, I want to lay out the standard spoiler warning that is inherent with all of my "Project 52s." I'm discussing a film and to do so properly, I have to talk about the twists and turns. Not doing so would be a disservice and my job isn't to try and sell you a movie, that's what the studio is supposed to do. 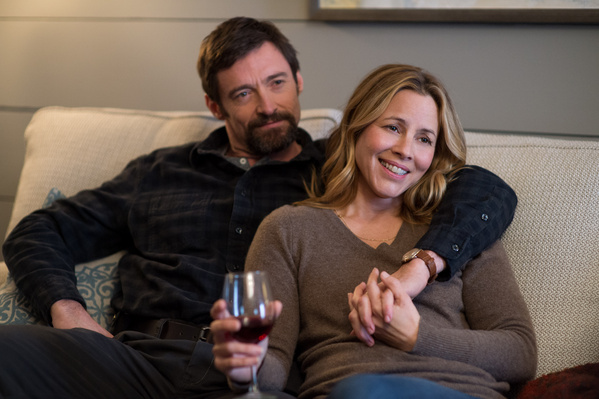 I like to think of these "reviews" as conversation starters so that we can debate the merits of said film down in the comments. That being said, the twists aren't on par with The Sixth Sense, but if you plan on seeing this film and don't want to be spoiled, it's time to bug out.

OK, now that we've got that out of the way, it's time to talk about Prisoners. With so many talented actors and actresses in the film, you worry about one of two things. It becomes an ensemble and no one is able to stand out and the film isn't too memorable. The other potential pitfall is that you waste the talents of half of your cast while two or three stand out above the rest. 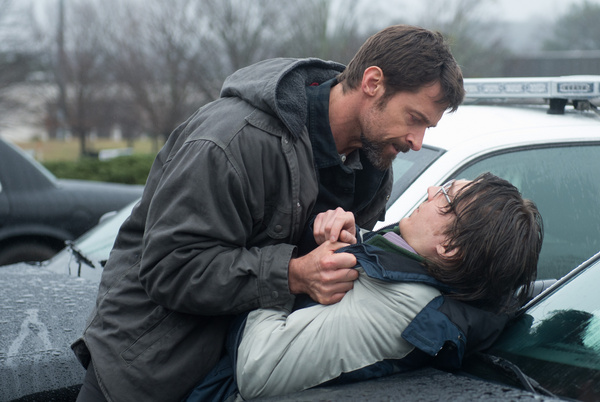 I'm here to tell you that I was shocked when I saw that the film was two and a half hours long because I just couldn't fathom how you could keep up the suspense and intrigue that long for two girls going missing. You'd think that they'd either recover the bodies early on and shift gears or they'd play it out and eventually run out of time.

Interestingly, neither seemed to happen, but they used the entire running time to insure that each actor and actress was given their due and their chance to shine. Don't get me wrong, this film is clearly hoisted upon Hugh Jackman's shoulders and he delivers wonderfully as a man who must deal with the kidnapping of his young daughter, but when he quite literally follows the rabbit down the rabbit hole, everyone else is there to make sure that the film remains on an even keel. 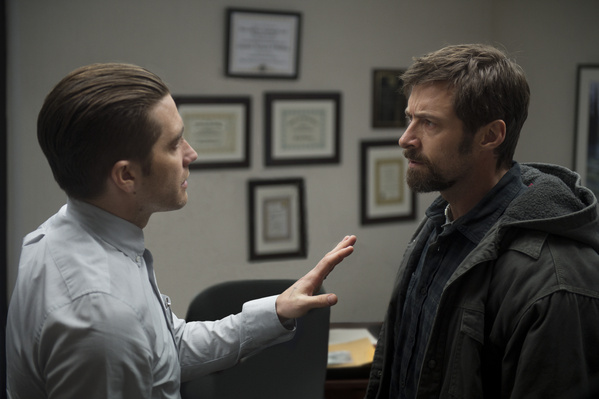 As parents of two children under the age of two, this film was our worst nightmare come true and we could certainly relate with Hugh and Maria Bello and Terrence Howard and Viola Davis' characters. Each of them represent different reactions that one could have to a child going missing.

Hugh is the proactive parent who not only weaves himself into the police investigation, but decides to turn into a full-on vigilante when he feels that the cops aren't following the proper leads. Terrence is more of the unwitting accomplice who believes that they should let the police handle things, but becomes a participant in the vigilanteism out of sheer lack of anything else to do. 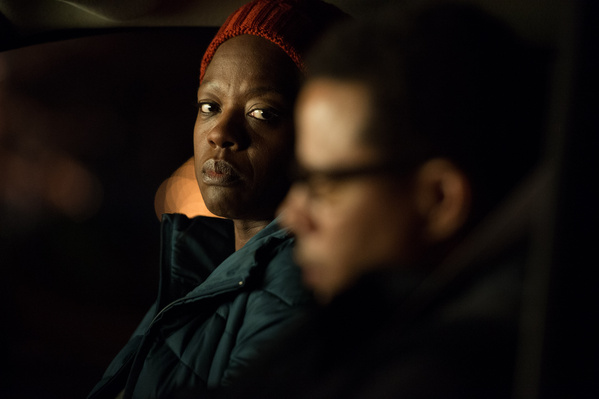 The mothers have interesting, but also differing reactions. Maria Bello turns to drugs and loses herself in a great depression, while Viola Davis goes on with her life, yet takes an active role in trying to coerce the main suspect to talk.

At the polar opposite is Jake Gyllenhaal's Detective Loki who is the lead investigator in the children's abduction and has a complicated past himself. Mostly, he's an effective law enforcer who is not afraid to dip into the gray areas to close a case, especially when kids are involved. The one thing that struck me though is that Loki had intricate tattoos on his knuckles and neck that are never really explained or addressed in the film. I have to think that there was some sort of back-story there that hit the cutting room floor because of time constraints.

I'd love to see that footage though because Jake is at the top of his game with little tics and nuances that really demonstrate just how far he has come in developing his craft. 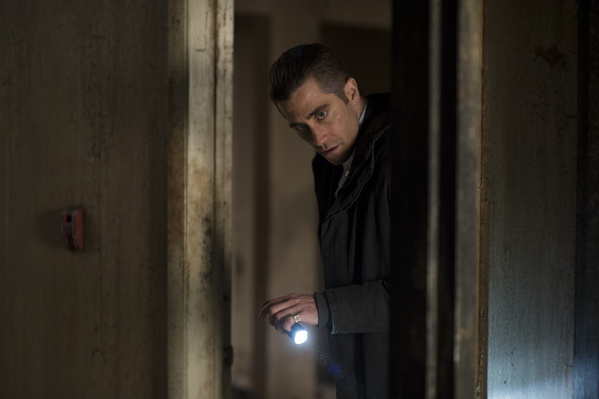 The problem with a film set around a central mystery, especially one that clocks in so long, is that every scene is integral to the plot. So, you know once Loki finds the body of the man in the basement of the priest's house that it's going to end up being a significant plot point later on. Likewise, when they interrogate the priest later and all he reveals is that the guy he killed had a family, you file that for later on.

I will give them credit though because it's a difficult balancing act between showing the audience too much and deliberately holding back information so as to make it impossible to deduce the mystery's solution before it's revealed. The use of lighting and the decomposition of the body made it very difficult to determine the race of the victim. At first glance, I thought the victim was African-American so that helped to cloud up what eventually turns out to be a rather neat solution. 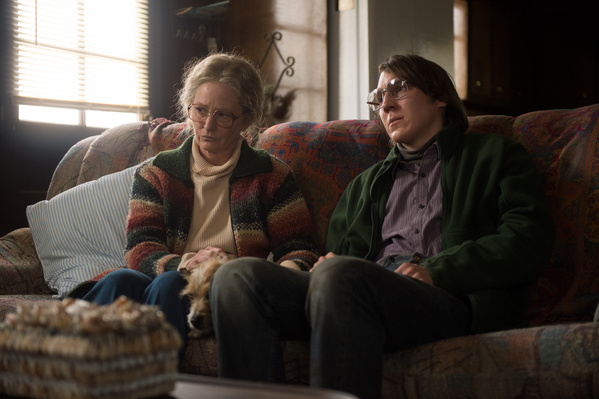 Beyond the main five cast though, Paul Dano and Melissa Leo also shine and make excellent use of their limited screen time. I've seen Dano in some rather odd roles such as The Extra Man, but I think his turn as the mentally-challenged main suspect takes the proverbial cake.

On the other hand, Melissa Leo is so unrecognizable as his "aunt" that I had no clue it was her in the role until I got set to write this review. This is a very good thing because I'm pretty sure that had I recognized her earlier on in the film, the mystery would have unraveled much sooner.

Speaking of the mystery, I really loved the maze MacGuffin, but thought that it was brought into the film much too late and never really developed as fully as it could have been. I realize that the running time of the film is already a concern and this nitpick is minor, but perhaps spending some time early on talking about the cold serial killer case, especially when the corpse is found in the priest's basement, would help flesh this plot point out. 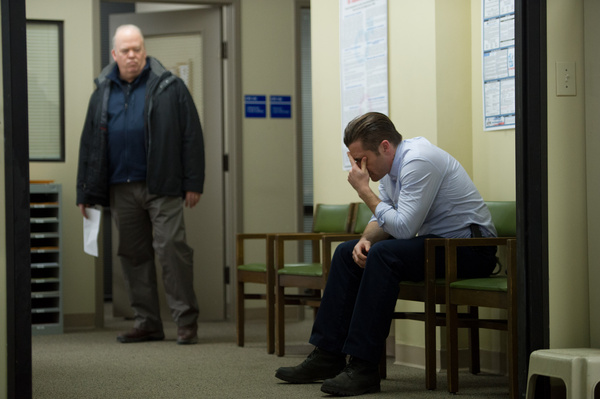 In the end, everyone in the film is a product of the title. They are all prisoners, either literally or figuratively to their trappings. Hugh Jackman is a prisoner of his own macho man persona who is so prepared for the improbable likelihood of a doomsday event, that he's unable to accept being helpless while the police do their jobs.

Maria Bello is such a captive to her depression and drug dependence that she is unable to simply wake up at a key moment that could have sped up the events that ultimately lead the film's resolution. Detective Loki is a prisoner to his job and he is unable to function rationally until it is resolved and so on. 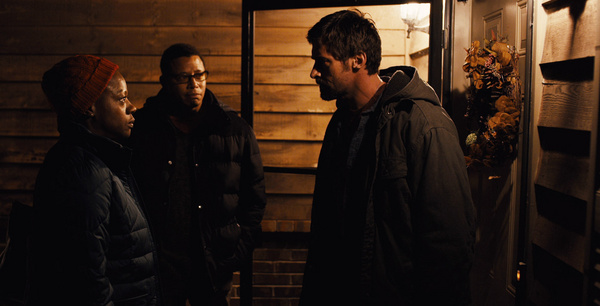 While some may say that the ending is a bit too saccharine for their tastes with the whole nearly perfect happy ending, I think there's poetic justice in just how fluid the story is. Having Paul Dano drive his RV and park it right in front of the house from which he himself was snatched up by the husband and wife serial killing team is a bit of celluloid kitsch that can only work in the movies.

The abrupt ending is what I live for when I watch films. You don't need to see Loki save Keller at the end. But that simple fade to black as he strains to hear the rape whistle leaves just enough ambiguity to get the conversation started after the credits have run their course. It's not as shocking or as open to interpretation as the end of Inception, but it's a nice touch when most films these days spoon-feed you all the way past the ending to the post-credits scene where they set up the sequel.

I enjoyed this film quite a bit, but it's certainly not perfect. It's better than most though and the acting is just superb. For these reasons, I give the film a four of a kind.