Best movies of 2014 that you don't know about yet: Dannette's list 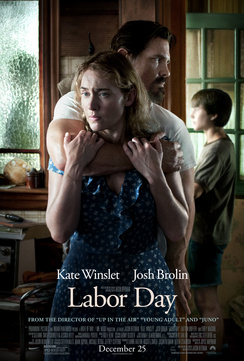 2014 is going to be an entertaining year in the movie world in the sense that we have so many movies we already know we want to see. Most of the films on our box office predictions of 2014 list will be almost guaranteed trips to the theater for a lot of moviegoers.

With that being said, there are so many more movies that will get me filling up my refillable popcorn bucket this year. I might not be the best at pinpointing true sleepers or big box office hits, but I think my list represents a different moviegoer. Ok, it represents me.

These are some of the movies I would like to see in 2014. Although they might not break box office records, I think we might see some amazing performances and maybe a little buzz on a few.

To get a better look at the full year, make sure you check out John & Timâs lists. These boys know their movies and have some movies featured that are on my go see list for sure.

The Wait is a story about two sisters who have come home to be with their mother in her last moments. After she passes they receive a phone call from a psychic claiming that her mother will be resurrected. This sends the oldest sister Emma (Chloe Sevigny) in to a fantasyland of hope, and she refuses to tell anyone about her motherâs passing. She even starts to plan a party for her when she returns. 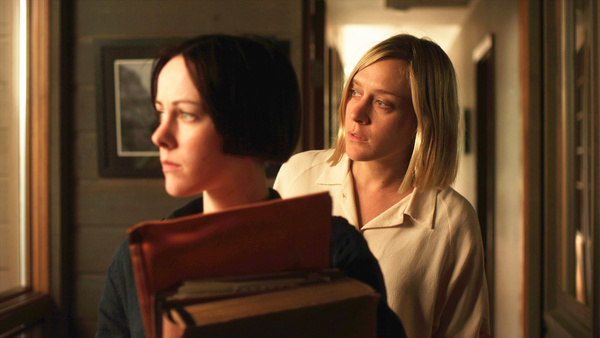 Even though the younger sister Angela (Jena Malone) opposes Emmaâs view, she lets her sister go through with her process. When Angela starts to fall for Ben, (Luke Grimes) she starts to believe that anything is possible.

Why it might fail: Dealing with a dead body in the house while hashing things out with your siblings is pretty heavy fare. I actually enjoy quietly complex movies like this, if they pay off in the end. Too many times movies of this nature end and you are left feeling like you just lost 2 hours of your life that you canât get back. Iâm pulling for Jena Malone, especially after seeing her spot-on performance of Johanna Mason in The Hunger Games: Catching Fire.

To be honest, Iâm not sure if there is a movie that stars Kate Winslet that I wouldnât want to see. Even if the movie isnât as strong, her performance never fails to be less than perfect. In Labor Day she plays a single, divorced mother who on a shopping trip with her son, come across an aggressive and terrifying man (Josh Brolin) in desperate need of help. He convinces them to take him in, and they soon discover that he is an escaped convict. 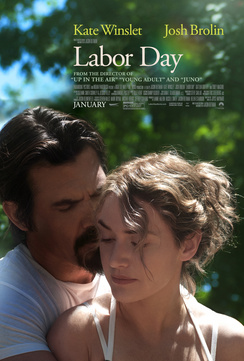 As the police search for him, they decide to help him escape. This honestly doesnât feel like fresh territory to me, but Iâm hoping that if all else fails, the sensual pie scene between Josh and Kate will replace any visual reference to Jason Biggs when I see an apple pie.

Why it might fail: The story of a depressed, kidnapped housewife falling for her captor could induce massive eye rolling. Letâs hope that the Oscar caliber performances can keep it from getting too much like a Nicholas Sparks novel.

Adult World tells the story of Amy, (Emma Roberts) a recent college graduate and aspiring poet who has to take a job at an adult book store. In between working and trying desperately to get published, she convinces her university professor (John Cusack) to let her be his protÃ©gÃ© in exchange for doing odd jobs around his house. 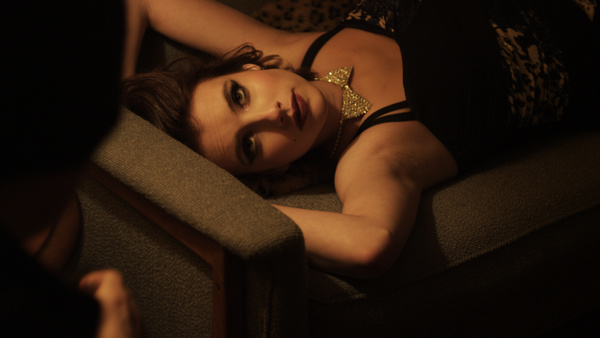 Through his reluctant vague advice, she has to face the possibility that not only may she not be the next Sylvia Plath, but also that she might not be a good writer at all. This movie has the potential to deliver a powerful message to the fame obsessed youth of the world. No matter what mommy or daddy told you, you canât always be anything you want.

Why it might fail: Letâs hope Adult Worldâs message doesnât get lost in the quirkiness of the characters and the possible comedic situations inside of the adult shop just to appeal to an audience that might miss the message anyway. Although I must admit I am really looking forward to seeing the oversexed owner of the shop, who is played by Cloris Leachman.

Kids for Cash tells the story of two corrupt Pennsylvania judges, who were sent to prison for accepting money for sending over 3,000 kids to a juvenile detention center. The children received severe sentences under their no tolerance approach for minor offences, like briefly fighting in a schoolyard. 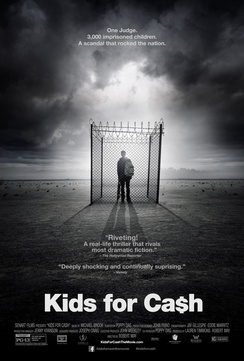 After watching the emotionally charged trailer, the feeling of injustice by the parents is almost palpable. Being a mother myself, my heart was racing thinking of the possibility of my child getting locked away for years for a simple offense. Although it might take you to a dark place emotionally, I think we should always be aware of some of the wicked realities of this world.

Why it might fail: As long as they cover all angles and share all points of view, Iâm sure this doc will deliver.

Opens in theaters on: February 2014

Although Awful Nice starts out with the death of a parent, it promises us lots of laughs as we watch the sibling rivalry between Jim (James Pumphrey) and Dave (Alex Rennie) when they come back home for their fatherâs funeral.

As they physically fight and argue through their fatherâs wake, a road trip home to Branson, MO., and a home improvement project where they tear up more than they fix, the brothers attempt to rebuild their relationship. I am really hoping for a Step Brothers meets The Brothers McMullen on this one.

Why it might fail: I grew up with brothers. Letâs hope that watching them fight and argue is more on the funny side versus obnoxiously annoying.

I canât even lie, I almost passed this one up when I saw it was vampires. Can we say enough already? That feeling quickly faded when I saw that not only was Jim Jarmusch the director, but it starred Tilda Swinton.

A vampire love story told with Jarmuschâs intoxicating style, and Swintonâs flawless acting could give the dying vampire genre new life. To me, this is what a vampire tale should be like.

Why it might fail: I think as long as they stay true to the vampire legend that so many hold dear, vampire movies might be accepted again. Although I am a fan of the Twilight franchise, I do feel it sucked the life (no pun intended) out of the genre. Vampire stories were being told for years before they started to shimmer, and were always wildly popular. I think this could get them back on their legendary track.

I have to admit, Iâm not a huge fan of movies that try to shock just for shock value. When I first saw the movie posters, I thought that was where this movie was going. (you will probably have to look those up, as I donât think we can safely post them here - editor's note: Sure we can, well at least this compilation poster.) 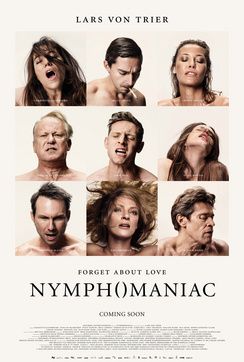 It looked like another 9 Songs, minus the concert. But I canât even lie, Iâm so intrigued. When you watch the hypnotic trailer, you might feel the same. As long as the provocative scenes make sense, it could be an emotionally sensual ride.

Why they might fail: Even if you are comfortable with nudity and provocative situations in movies, watching 5 Â½ hours total could make anyone squirm in their seat, especially if they are just for shock factor.

Chef takes the wildly popular TV food genre to film. It tells the story of a chef who starts up a food truck after losing his restaurant job. As he tries to reclaim his culinary promise, he pieces together his estranged family.

Why it might fail: Even though I am looking forward to seeing this, Iâm not sure if a story about a food truck chef is something people would go to the theater to see. Even if itâs very well made, I could see this being more successful when it releases on DVD.

The Fault in our Stars

I know this looks like a sappy, melodramatic teen romance movie. Which it is... with a twist. Hazel and Gus are two somewhat normal teenagers with a disdain for everything conventional, and an unfailing love for each other. The twist? They met in a cancer support group.

Hazel and Augustus both have cancer. Grab the tissues, right? Even though you know this will be a tear soaked drama, I think it will be a beautiful story of love. Besides, having a good cry watching a movie is kind of cleansing, somehow.

Why it might fail: This movie is based on a popular novel by John Green. As with many popular novels, there are high expectations from the fans. They do not want anything watered down to make it an easier watch. The hard parts are what make the book more memorable to the readers. If they take too many licenses or leave important parts out, not only will it be rejected by the fans, but it might leave the movie flat.

This is Where I Leave You

I think if you enjoyed Home for the Holidays or The Family Stone this will be right up your alley. Itâs about a Jewish family who are forced to fulfill their fatherâs final wish by sitting Shivah together for a week and confront their issues.

It stars Rose Byrne, Jason Bateman, Tina Fey and Adam Driver, just to name a few. This is billed as a comedy, but I could see it being more of a drama with endearingly funny parts. Keep that in mind before you go in, and you will enjoy it a lot more.

Why it might fail: I donât know what it is, but sometimes when you get this many talented actors in a movie, it doesnât work. I have to admit I am clamoring to see Adam Driver in a role other than Girls to see his range. Letâs hope it has a strong script!