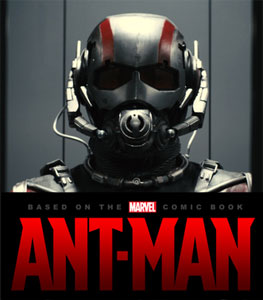 That sound you heard Friday afternoon was the collective shriek from thousands of geeks learning the news that Edgar Wright was leaving Marvel's Ant-Man. Variety reported the news of the beloved director's departure due to creative differences.

Edgar Wright is best known for his Cornetto Trilogy of Shaun of the Dead, Hot Fuzz, and The World's End. He also directed 2010's Scott Pilgrim vs. the World.

Marvel Studios issued a statement that the split was "due to differences in their vision of the film." The company said a replacement director would be announced shortly. They also indicated the change will not affect the film's July 17, 2015 release date.

Wright is one of my favorite directors. He's an extraodinary student of film with a real talent for action and comedy. This reaction by Peter Atencio on Twitter pretty much sums up my feeling about the news:

Is Marvel aware that Edgar Wright is the only reason anyone would ever want to see a movie called âAnt-Manâ?

Marvel says the split was amicable but you know these things hardly ever are. I sincerely hope the script Wright wrote with Joe Cornish stays intact. Everyone already assumes that Marvel wanted a serious film that fit within their Marvel film universe while Wright was positioning Ant-Man more as of a comedy. Maybe one day we'll get the inside story.