Monday Mixer: Don't call it a comeback, 'Guardians' back on top 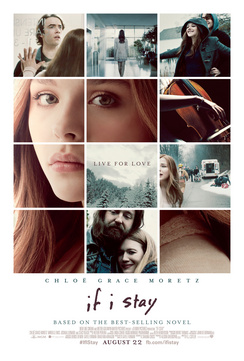 With busy schedules and growing families, it's just a sad fact of life that Tim and I aren't able to get out to theaters to see the latest films like we once did. So, it was a truly rare day indeed last week when we both went to the show together to see Guardians of the Galaxy.

Now, I'm not going to sit here and try to convince you that this one singular, rare act is the reason for the sudden surge back to the top spot for Guardians of the Galaxy, but it's one hell of a coincidence, no? Of course, given the time to reflect on the theater-going experience (they still play a hundred trailers before the show begins), we came to some interesting conclusions.

First, despite what this article says, the Internet is not killing the theatrical experience. The fact remains that there are certain films that must be seen in theaters. For instance, you better believe that I will be going to see Episode VII in theaters next year.

No, the real culprit behind this Summer's sag in theater admissions is the quality of product that Hollywood is producing and the theaters themselves. Because I can't go to the theater without popcorn and Coke (thanks advertising whores), the act of going to see Guardians of the Galaxy cost me $20.75.

That should have been the cost for me to take my entire family, but alas that was for one adult and about $2.00 worth of popcorn and soda. What's worse is that despite there being a constant onslaught of on-screen advertising before the pre-trailers even began, the additional advertising revenue did not appear to be keeping the other prices in check.

In other words, someone is getting richer and richer out there and it's no surprise that we are finally learning to push back from the table when the films aren't as appetizing as $10 price tag would make them seem. I don't really want to get on this soap box here, but just imagine how much more money they would make if they rolled back the prices on the ticket or even the concessions.

But sadly, that won't ever happen because studios are taking a ridiculous percentage of the gate receipts and the only way for the local megaplex to make any money is to charge you $6.00 for about a quarter's worth of popcorn. And how are they getting away with highway robbery? Because, as I said earlier, there are some films that we will spend this ridiculous amount of money on to see in theaters.

Guardians of the Galaxy is one of them and next Summer there are going to a bunch of them. So, perhaps the joke is on us, because we will line up in droves next Summer and go deeper in debt just to see the latest Star Wars film or what The Avengers have been up to since they left that shawarma restaurant.

Unfortunately though, we might be the last generation to be so willing to shell out our hard-earned dough on a bloated movie ticket. You see, I would love nothing more than to spend many weekends taking my children to the theater so they can fall in love with the medium that has played such a huge part in my life, but I will never be able to afford to do so. It's a good bet that they won't grow up with the same reverence for the megaplexes that I did and when they are older, they won't be keeping Hollywood alive on life support by purchasing their $50 tickets.

Wow, that was an unexpected rant. I guess it was necessary though as the box office was rather ho-hum this past weekend. As we mentioned above, Tim and I singlehandedly led Guardians of the Galaxy back to the top of the box office playing leap Turtles.

The weepy teen girl fest If I Stay about a young girl who is suspended between this world and the great beyond and must decide her fate opened strongly for its ilk with $16.4 million in third place. Of course, these type of films open strong and then die hard, so it will be a bit of a surprise if it tops $40 million for its entire run.

Last week's feel-good story Let's Be Cops continued to feel the good vibes with a nice second weekend showing of $11 million, which was good enough for fourth place. Another newcomer rounded out the top five when sports film When the Game Stands Tall brought in $9 million.

The biggest loser (not to be confused with that sappy TV reality show) this week was Sin City: A Dame to Kill For. The sequel only managed a $6.5 million opening barely enough to squeak into the top 10 at number 8. Perhaps it was the nearly 9 year gap between movies or a bit of stylistic backlash thanks to all of the copycats, but Sin City: A Dame to Kill For will be hard-pressed to hit $20 million, let alone the $75 million of its predecessor.

So yeah, I know what I'll be doing on Labor Day.

That's all for this week, until next week, mix WELL!