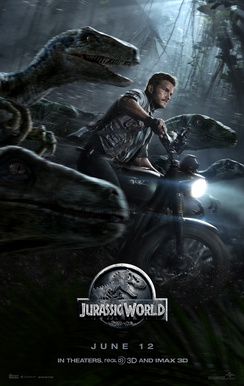 By now you know that we predict the top box office films each year, but you probably don't realize that we also predict the top five to seven films each months. That's most likely due to the fact that we've never really publicized this fact before and the initial use of this data was focused on our day jobs.

But fear not, we are going to make these predictions public each month and do some analysis to see where we are strong (Live Die Repeat: Edge of Tomorrow) and where we need some work (Blackhat). On the last Friday of each month, we will look ahead to the coming month's films and look back at how we did the previous month.

Before we tackle the meat and potatoes of this story, we have to get into some math. We are using a variation of MAPE (Mean Absolute Percentage Error) to judge our performance in forecasting overall and to spot trends. The variation comes into play when we massively under-predict a film's actual performance. Using true MAPE, the values would approach, but never reach, or surpass, 100% because it's compared to the actual performance. In these cases, we compare the difference to the prediction which we feel is a better reflection of our true performance.

For instance, take our prediction for Frozen at $120 million. The actual box office for Frozen was $400.7 million. Under true MAPE, our performance would be 70.05%, but under our variation, our score would be 233.92%. Obviously, the closer to 0% variance, the better, but if we were that good, someone from Hollywood would be paying us big bucks.

As to where we get our predictions, Tim and I make separate predictions for each title using a variety of industry sources and historical data. Then we average our predictions together to get the official prediction for each film. Without further ado, let's get into it.