'The Martian' trailer will make your heart grow three sizes 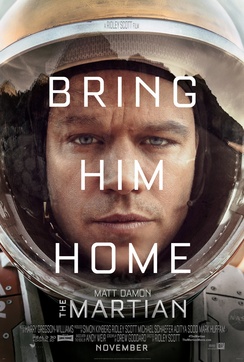 Unless you're The Grinch.

Now, I'm not typically someone who gets all swept in sentimentality and sappiness, but there's just something cool about the lines, "I'm going to have to science the shit out of this" and "take that Neil Armstrong." The snippets of dialog were spoken by Matt Damon in the trailer just released for the upcoming Ridley Scott film The Martian.

Based on a best-selling book, The Martian sounds like Cast Away in space with Damon playing an astronaut who is left behind on Mars when a storm forces his crew to evacuate the planet. If you have a long memory, you'll recall that I was skeptical of Cast Away when it came out and before I had seen this trailer, I was just as unsure about The Martian's chances for success.

Seeing, as they say, is believing.

The trailer sets the stakes and introduces the stellar cast including Damon's Interstellar cohort Jessica Chastain who joins up with the actor for another space exploration gone awry tale. In some ways, The Martian could make for an interesting prequel to the desolation of Interstellar, but we'll save that discussion for another day.

Kate Mara, Kristen Wiig and Jeff Daniels also star in the film that looks like it will challenge Gravity in terms of heroics. The Martian is set for release on November 25, just in time for awards season.