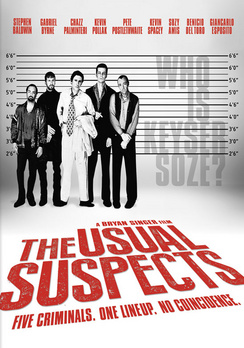 There was a time there in the late 1990s where it was in vogue for your film to have a twist ending. Call it the M. Night Shyamalan effect, but it seemed like every movie for a decade had a surprise ending.

Most of these twists came out of nowhere, but often filmmakers were too egoistic to simply throw in a complete blind turn. No, they littered their films with hints and clues that would point you in the right direction if you happened to be receptive to their subliminal messages.

Our good friends over at Screen Rant chose their top 10 best movie clues that you could find if you were only paying attention. Some are pretty obvious like The Sixth Sense that you can't miss once you see the twist, while others are coy and hard to catch even when you know what is coming.

One caveat though, the video below does blow the twist up in all ten films, so if you haven't seen The Sixth Sense, Fight Club, The Prestige, Back to the Future, 21 Jump Street, Reservoir Dogs, Shutter Island, The Big Lebowski, The Dark Knight Rises or The Usual Suspects and you're concerned about being spoiled, then you might want to skip this video.

Of course, if you haven't seen any of those 10 films, then you might want to stop anyhow and go watch them. They are all great.